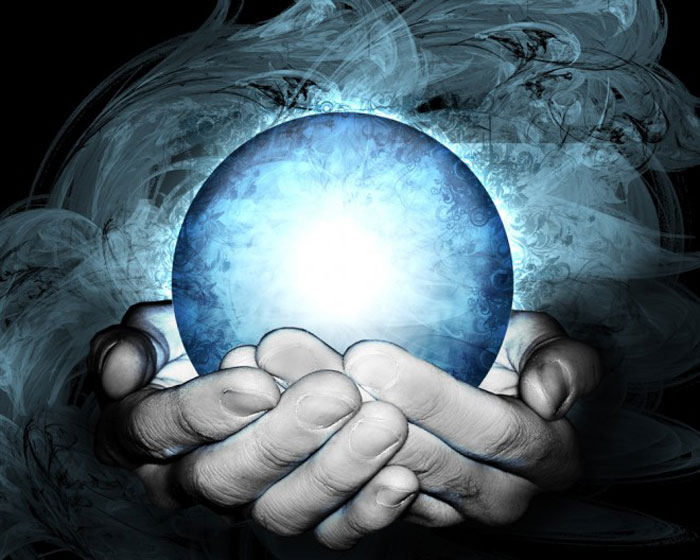 The online version of the Encyclopedia Britannica defines extrasensory perception (ESP) as follows: Perception that involves awareness of information about something (such as a person or event) not gained through the senses and not deducible from previous experience.

20th century scientists are finding new evidence, through theories of Quantum Mechanics (the study of how the tiny particles which make up atoms behave), that ESP is a viable phenomenon.  Which is to say, although they are currently unable to “pinpoint” through scientific rigors exactly what is going on with ESP/psi related occurrences, they must admit that “something” is there.

Dean Radin, who has held appointments at Princeton University and Edinburgh University, has published several books based upon his own experiments that give rise to the scientific validity of ESP and psi abilities.

In The Entangled Mind, Radin offers the following regarding the concept of “interconnectedness” at the scientific level: “One of the most surprising discoveries of modern physics is that objects aren’t as separate as they may seem. When you drill down into the core of even the most solid-looking material, separateness dissolves.  These connections were predicted by quantum theory and were called “spooky action at a distance” by Albert Einstein.”

Furthermore, Radin writes [ The Entangled Mind]: “Scientists are now finding that there are ways in which the effects of microscopic entanglements “scale up” into our macroscopic world. Entangled connections between carefully prepared atomic-sized objects can persist over many miles. There are theoretical descriptions showing how tasks can be accomplished by entangled groups without the members of the group communicating with each other in any conventional way. Some [scientists] even propose that the entire universe is a single, self-entangled object….

When the fabric of reality is examined very closely, nothing resembling clockworks can be found. Instead, reality is woven from strange, “holistic” threads that aren’t located precisely in space or time. Tug on a dangling loose end from this fabric of reality, and the whole cloth twitches, instantly, throughout all space and time.”

Radin takes the theoretical leap and connects the dots between Eastern mysticism and current, Western physics.  “The idea of the universe as an interconnected whole is not new; for millennia it’s been one of the core assumptions of Eastern philosophies. What is new is that Western science is slowly beginning to realize that some elements of that ancient lore might be correct,” (The Entangled Mind).

Chi, as defined by Eastern mystics, is synonymous with that which Western scientists have called the Quantum Field.  The theories are markedly similar when compared side-by-side.  Each [Chinese Mysticism and Quantum Mechanics] speaks of an energy field made up of tiny particles that comprise everything, and move through everything.  Further giving rise to the feeling of “interconnectedness”.

It is no great wonder, then, that many people report belief in ESP related abilities and/or claim to have experienced these abilities themselves, on some level.  We at the School of Chi Energy believe that with proper instruction and exercises, virtually anyone can be taught how to increase both their sensitivity to chi as well as magnify their chi [output].It naturally follows that, as the student’s chi and sensitivity to chi grows, ESP related capabilities will naturally follows, and can be honed to the student’s desired results over a period of time.