Energy Healing with your own Body’s Biophotons 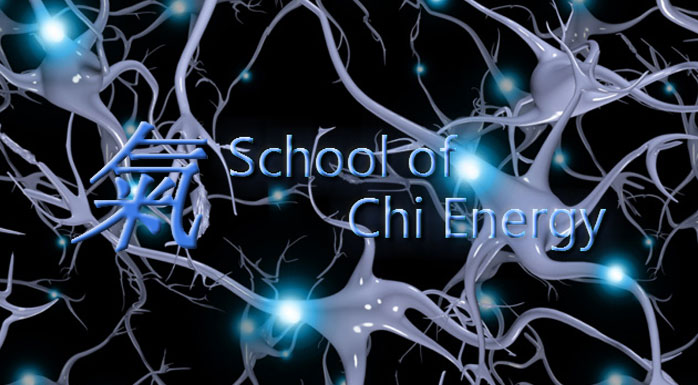 The School of Chi Energy Presents

The Role of Biophotons in Advance Abilities and Healing Techniques

Students learn how the science of biophotons are behind our Energy Healing Form Training exercises.  The practice of how to build up  nerve fibers with biophotons and create an energy healing form is taught at our school.  Chi Energy Instructor Sifu Cicero was measured as being the fifth person in 30 years to produce a high level of bio-photons in the ultraviolet range.

Click this link to see our Bioenergy experiment Video and Article.

Starting with Year One classes you’ll learn and practice how to build up the electrical part of your entire nerve fiber system.  These progressive monthly classes instruct you how perform the energy exercises in a repetitive easy pattern that stimulates body’s nerve fiber system which fires off biophotons.  It is these biophotons which are an electrical magnetic type of light particle that can be molded overtime into tangible “Energy Forms” for advanced abilities and healing techniques.

Students build these specialized “energy healing forms” through performing the Nerve Fiber Building Energy Exercise.  The Nerve Fiber Building Energy Exercise elongates and enlarges the practitioner’s nerve fibers and strengthens their over all nervous system.   As your body’s nervous system gets stronger, the nerve fibers are able to emit and project much more chi energy or biophotons.

Below is an interesting article about biophotons (packets of light) and their role in the body’s brain function.

“The Puzzling Role Of Biophotons In The Brain

Various work suggests that neurons emit and even conduct photons. Could it be that biophotons help to synchronize the brain? In recent years, a growing body of evidence shows that photons play an important role in the basic functioning of cells. Most of this evidence comes from turning the lights off and counting the number of photons that cells produce. It turns out, much to many people’s surprise, that many cells, perhaps even most, emit light as they work.  In fact, it looks very much as if many cells use light to communicate. There’s certainly evidence that bacteria, plants and even kidney cells communicate in this way. Various groups have even shown that rats brains are literally alight thanks to the photons produced by neurons as they work.

And that raises an interesting question: what role does light play in the work of neurons? The fact that neurons emit light does not mean that they can receive it or process it. But interesting evidence is beginning to emerge that light may well play an important role in neuronal function. For example, earlier this year, one group showed that spinal neurons in rats can actually conduct light. Today, Majid Rahnama at Shahid Bahonar University of Kerman in Iran and a group of pals, suggest how this might work. And they even go on to make a startling prediction about the role that photons might play in the way the brain works.

To begin with, Rahnama and co point out that neurons contain many light sensitive molecules, such as porphyrin rings, flavinic, pyridinic rings, lipid chromophores and aromatic amino acids. In particular, mitochondria, the machines inside cells which produce energy, contain several prominent chromophores. The presence of light sensitive molecules makes it hard to imagine how they might not be not influenced by biophotons. But photons would also be absorbed by other stuff in the cell, liquids, membranes etc, and this ought to make cells opaque. So Rhanama and co hypothesise that microtubules can act as wave guides, channeling light from one part of a cell to another.

Microtubules are the internal scaffolding inside cells, providing structural support but also creating highways along which molecular machines transport freight around the cell. They’re extraordinary things. Could it be that they also work like optical fibres? Maybe. They go on to suggest that the light channelled by microtubules can help to co-ordinate activities in different parts of the brain. It’s certainly true that electrical activity in the brain is synchronised over distances that cannot be easily explained. Electrical signals travel too slowly to do this job, so something else must be at work. And of course Rhanama and co are not the first to suggest that microtubules play a central role in the functioning of the brain. 15 years ago, Roger Penrose suggested that consciousness is essentially a phenomenon of quantum mechanics and that microtubules were the medium in which quantum mechanics takes place.

It’s a big jump to assume that photons do this job. But science is built on leaps of imagination like this. What Rhanama and co need now is somebody to test this idea for them, which is not going to be easy. There’s no harm in speculation but evidence is king. What’s for sure is that biophotonics is one of the fastest moving and exciting fields in science today. And in this kind of rapidly moving environment, thinking like this can sometimes trigger a revolution.

Ref: arxiv.org/abs/1012.3371 : Emission of Biophotons and Neural Activity of the Brain”

To learn more about Biophotons and the Chi Energy Cultivation Method.